A year has ended and, frankly, it was a rather tame year.

Battle Line: Medieval – I’m cheating here since Battle Line was released aeons ago as Schotten Totten in 1999. But I’m placing the new 2019 edition here anyway as a honourable mention. As it is still a top tier 2 player card game.

Flick of Fate – Flicking game along the lines of Crokinole and Pitch Car.

I have only played it once, but I really like the simplicity of the game. The start of the round allows special rules to occur with a simple majority vote and that applies on the entire round. The game doesn’t drag too long. I have played MegaCity: Oceania, and it introduces more complexity without really introducing depth and the extra bits are very dull and actually restricts player creativity. But Flick of Fate seems to add something cool in the game without making player stumble on them internalising the rules.

Only played it once so it’s honourably mentioned instead.

Only consisting of 9 tiles as the list of components (aside from the rule book). Only 2 actions you can do on your turn: place the tile from the top of the face-up deck, or rotate a tile on the map clockwise. This game manage to be a very minimalist game that gives you tough decisions, and it gets better for me after repeated plays.

Played it on Essen several times, since it’s a quick filler game. 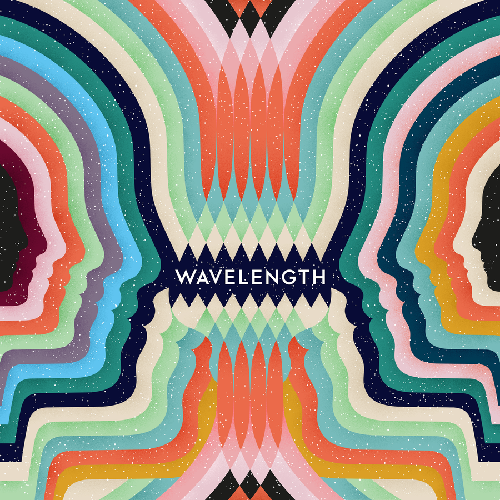 A party team game where a clue giver sees the clue, which is always a range: E.g. “<—Hot Cold—>”; and the “range” hidden inside the game. So, if the answer is to the left at 30%, then the clue giver has to give a clue that that would make the team nudge the dial 30% to the left.

Skipping the points system since it’s all irrelevant in the grand scheme of the game. The crux of the game is in the team discussions. Using the example above, if the clue giver says “sun”, then the team would be incline to put the dial 100% to the left. What about “coffee” as a clue? Or maybe “sunbaked stone”?? I don’t know. Your team will discuss your clue and how it fits in the scale. And when you reveal the answer, that’s not the end of it. Your team will complain when they get it wrong and how you are so wrong with the clue. Or high five each other when you got it right. And that’s what’s magical about the game. It’s often funny and the back and forth between team members and even between teams is always interesting. 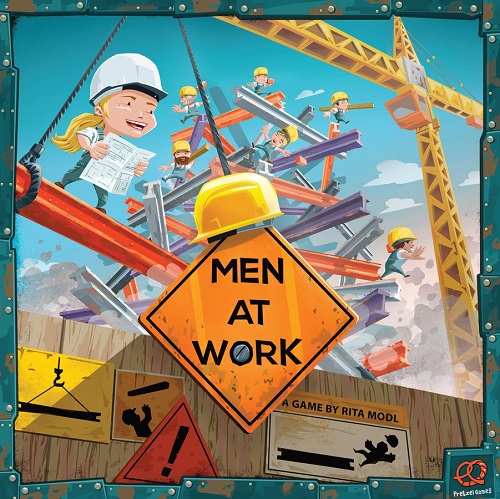 It is yet another dexterity game, but this genre is always a crowd-pleaser and it always pleases me. The game is really nice to look at, and it looks great on the table. And the game’s system is pretty simple.

On your turn, you simply follow the instructions on the top card of the deck, whether you’re placing a worker or a girder. The cards vary on what colour of the girder you have to place or where you place your worker, and also the task that is given to you.

Scoring is simple as well. You score a point if the boss is present and your placed worker or girder is the highest point of the construction site. It gives you the choice of playing it safe so you don’t lose 1 of 3 of your certificates – you lose, if you lose all 3. Or do you want to impress the boss by placing a girder or a worker as the highest point and score – Scoring 4 points will win you the game.

The random task that’s given to you can vary – I’m thinking of difficulty, specifically. So, on your turn, your task seems relatively easier. And then, the next player gets a relatively harder one. But it was quick and funny enough for me not to care at all.

I love it. It also shows what a disaster I am for health & safety. 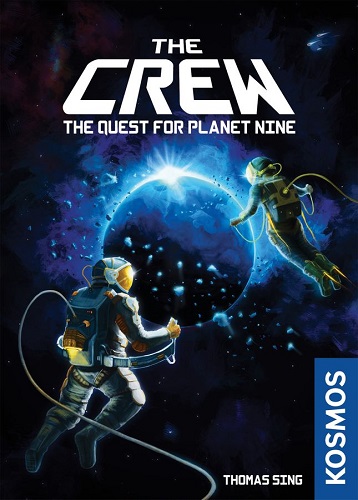 07. The Crew: the Quest for Planet Nine

It’s a cooperative trick-taking. There’s nothing groundbreaking in here. It’s merely a trick-taking game with a cooperative element in it. But it’s fun. It’s a more complex version of the Mind, in which it restricts communication like the latter, but the timing on when to play the right card at the right trick is pretty interesting and always satisfying when pulled off.

The “campaign” contains several missions which are different variations on how many and in which order you fulfil the missions. But they don’t dampen the experience of the game. They feel different enough for us to go through the missions.

Yep. Sounds like a game I will avoid like the plague. BUT knowing that this is from Mercury Games, who also did the newest edition of Container, I know this game should at least be a good one.

Lo and behold, I think this is the best city building tile laying game.

This one made the right improvements from its previous edition. The cards are property lots on the map, and on your turn, you build buildings by playing card sets to build buildings. There are rules and conditions on each building and different way to score on each building. Building them leads to opening up opportunities for other players, creating this interesting plays between players.

The changes, too, are what makes this brilliant. At the end of every round, players MUST offer 1 or 2 cards for trade. Players can nab these cards and, so making sets becomes more likely. It also prevents hoarding cards and improves player interaction.

The game has a more leaner rule set and more open game play than most city building games I’ve played.

The original worker placement is back, and it is better. Caylus still retains the no-nonsense approach it had with the classic, as the new design introduced no fluff for the sake of making it easier for players. The player driven economy is still there. The tension and share incentives with the provost is still there.

It did streamlined things. The new 9 round game is a big welcome to classic’s long game duration, as 2 hour Euro games becomes the standard nowadays. I definitely do not miss the old “Favour” spreadsheet, and it is now replaced with the more interesting player powers, which can be passed around. The merging of coins and workers is a good idea.

I did not like the new rule where the turn order is always the same, with the player who passed first is the first player. It lacks the dynamism of the classic game where it is based on which player passed first, second, etc. Also, I haven’t played it enough to say that the newer price system is better, where you always pay 1 more worker is better than in the classic, in which you pay +1 cost for every player who passed.

Still, the turn order is easy to house-rule, as well as the pricing system.

Set in Afghanistan during the Great Game. Players play as Afghan lords who are navigating through a changing political landscape where the Russians, British, and local Afghans struggle to control the “Graveyard of Empires”.

Players indirectly influence the three competing factions to their own benefit by swearing allegiances on them, send their armies to clash with other factions and other players, and change sides when it is convenient for them. Controlling areas with your tribes and sending your assassins to kill leaders under control by other players.

Pax Pamir 2e brings that onto the table with great production. The faction pieces looks beautiful and can be used as either armies or roads. The rolled up embroidered cloth map is very cute.

You bid as much as you want. 100? Fine. 100 billion? That’s fine too. You’re the government. However, at the end of the game, the player who spent the most money is eliminated. Very similar to High Society.

What makes it distinct is the way the game controls information. In High Society, you have very good information on roughly how much every other player have spent. In Q.E., the winning bid is privy only to the winner and the auctioneer. This information is the crux of the game. It allows you to gauge how much you want to spend. Misinforming your friends on how high they can still bid. It is also a game of chicken in which the game tempts you to break through the ceiling, hoping that someone will leapfrog you later.

Designed by Paolo Mori, who made Dogs of War. This feels pretty much Dogs of War, but stripped down to the tug of war between several theatres of war.

The game has simple rules, but the decisions on where you want to commit and the question of timing makes it a very entertaining filler game. Should you commit in Eastern Europe to counter the build-up of enemy force there? Or do you want to commit new forces in North Africa while the enemy isn’t looking there to exploit their empty presence. Or maybe you just want to commit to the Pacific since your hand of tiles are mostly naval units.

This game isn’t kidding at all when it says “WW2 in 20 minutes”. After Pandemic: Fall of Rome, he came up with another interesting piece. Outstanding job, Mr. Mori.

This game first felt like “Reiner Knizia’s Greatest Hits”, but with more plays the combination of past designs from his old games – Samurai, Through the Desert, Taj Mahal, and even Yellow & Yangtze – and it all felt nicely integrated together.

The game is typical Knizia – minimalist design with wide decision space. On your turn, you place two tokens on the board, or as many as you want provided that they are all peasants.

What’s striking about Babylonia is that there’s a sense of escalation, which I don’t get from Through the Desert nor from Samurai. Early games of Babylonia always start small giving small rewards, but as the game goes on, the score accumulation adds up as rewards keep building up according to the strategies used by the players.

Babylonia easily felt like playing his classic ones from the bygone age of the 90s.

View all posts by thelastgameontheleft